The road to Komodo

Turning the clock back thirty years or so to my primary school days back in Manchester. I was a dreamy kid, "easily distracted" was the term that cropped up on more than a few school reports.

My reading was okay, thanks to comics, but there were large chunks of maths that didn't make any sense. I wasn't too worried about it and the teachers didn't seem too concerned either - I'd become pretty good at tricking the teacher into thinking I understood - sitting next to a smart kid was the key to this.

So after two or three years of bouncing along near the bottom of the class - the teachers ranked us one to thirty, I was twenty fiveish - my parents, or my mother to be precise, decided something needed to be done.

Frantic telephone calls started happening to various aunts, and my name was being mentioned a lot. The result was a large box of practice books that came into the house from the local bookstore. Inside there were "sums", lots of them, all lined up two columns to a page. So now each day after school my mum, a nurse by trade, sat me at the kitchen table for twenty minutes while I practised my arithmetic.

I'm sure at the time I thought this was a great injustice, but my enduring memory is that it worked very well. In fact, it worked so well that I enthusiastically told my class teacher Mrs B about my enlightenment at home - a mistake she made me pay for.

That was a pivotal moment for me when educationally things seemed to come together. And the catalyst was simply practice at home with my mother. Thanks mum! I should mention that my dad was a teacher (not maths) but this was the seventies so he wasn't very "hands on".

I went on to enjoy maths in secondary school and at A-level. In contrast to other subjects it had a predictable certainty that the humanities and arts seemed to lack. To be honest, I liked the way that if you understood a concept in maths properly you didn't really have to revise for the exam. The skills and concepts were engrained in my conscious so the late night cramming I did for other subjects wasn't needed. Phew!

Fast forward a few years through University and into teaching. My first job was teaching maths in a secondary school ( I later went on to primary, special needs and even taught in the London prison system ).

I really enjoyed teaching and I miss the classroom even today. Kids can be very funny, so as long as the work was being done,  I allowed a bit of chatter in class.

One frustration of teaching maths in secondary school was that quite a few children have already decided they hate maths, or they were "crap" at it. It's really disheartening when this happens and, unfortunately, it happens a lot.

Often behind the bravado is a crisis in confidence with maths and a real fear of being shown up as "thick". Having worked with many kids in this situation, I could see the same pattern emerging. Somewhere in primary maths they got left behind and more often than not this was related to their grasp of numeracy/arithmetic. Their confidence crumbled and they decided to give up. I'll come back to this again but for now let me say that it's hard for secondary teachers to address problems that have their roots several years earlier in primary school. It's so much easier when they're sorted out early on.

I left teaching after 8 years to start an e-learning company. A big move but in many ways a continuation of my teaching career. Like any new challenge this required a period of devotion to learning my new craft - so I moved to London and set up an office in Shoreditch - an emerging centre of all things "new media".

Our first titles were "teaching tools" for science teachers. These helped science teachers explain tricky concepts that were often impossible to demonstrate in class.  They were well received and we won the British Educational technology Award along the way.

From these early projects, I learned how important it is to understand the person who's using the e-learning title and the situation in which it's being used. Projects that are designed for school use don't necessarily work well in the home.

I'd always had one project idea simmering on the back burner since getting into e-learning, but the plan was never quite right. It was an app for teaching kids maths at home in a simple and effective way.

The missing part of the jigsaw was my understanding of the way learning works in the home - but after having my own family this fell into place. Learning at home is completely different to learning in school - it's a really rewarding engagement between the child and parent that has to be specially designed around the busy chaos that exists in family homes.

We've worked hard in Komodo to crack these challenges and we think we've done a good job and many families from Surrey to Singapore are finding it effective and rewarding. The journey is far from complete, but we're totally focused on making Komodo one of the best apps for children and on building a world class company around it. 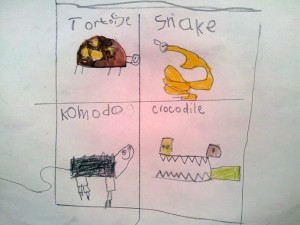 And finally why the name? Well, this surreal collection of reptiles has been on our kitchen wall since James drew it aged 5.

Thanks to you, we’ve helped create a school like no other

At Komodo we believe that education is important for all children, and so we are delighted to announce that our charity partner, Many Hopes, has opened its first school after four years of planning and building. 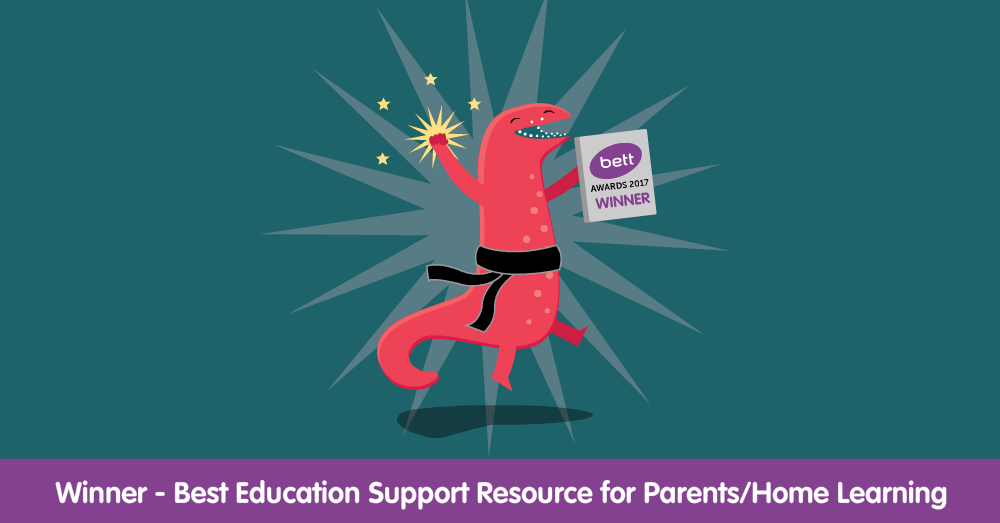