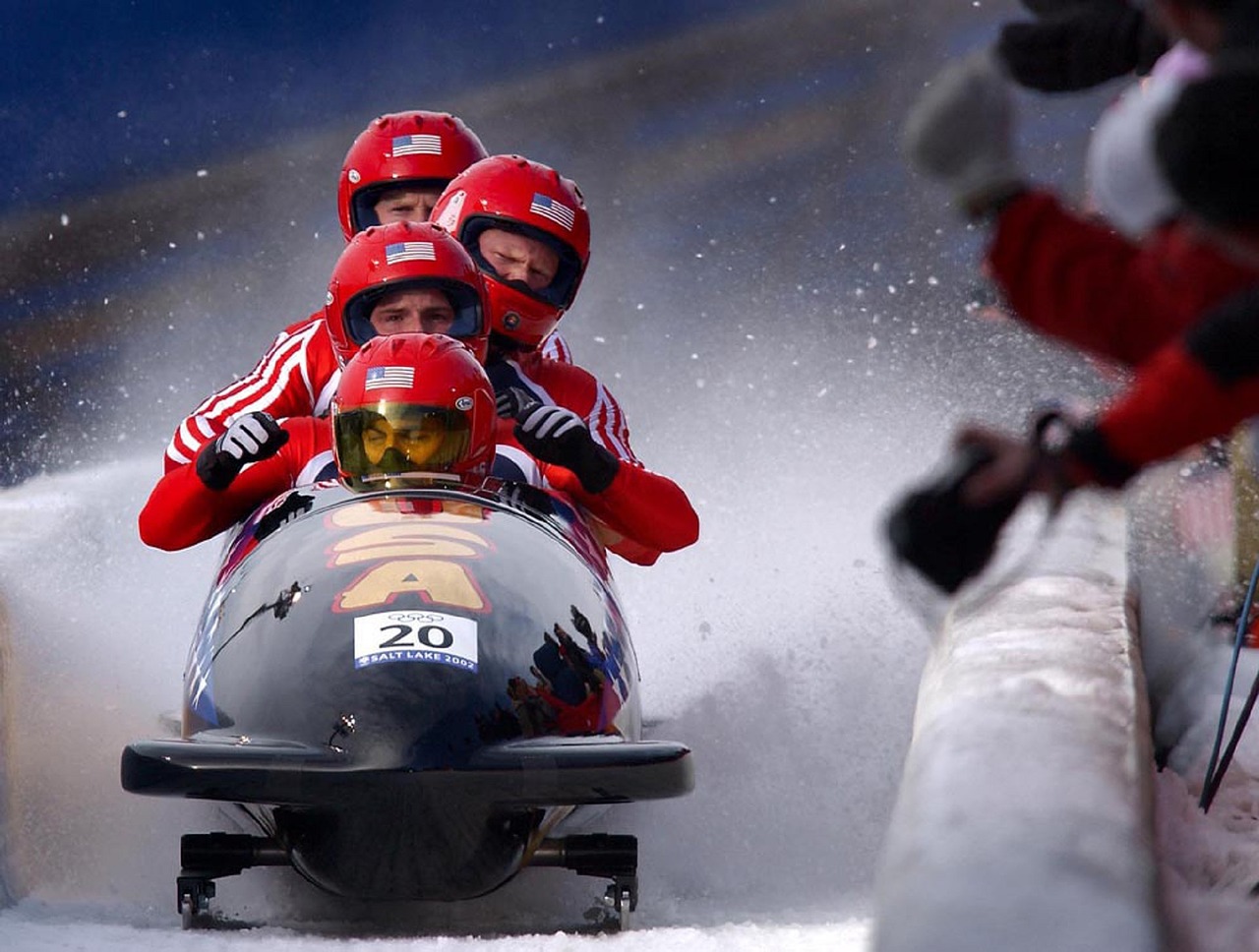 Can you solve these Winter Olympics-themed maths puzzles?

Every four years, the world’s leading winter athletes – the skiers, skaters, sledders and snowboarders – gather to compete for medals in the Winter Olympic Games. In 2022, the games take place in Beijing, China, the first city to ever host both summer and winter Olympic games.

Of course, among the drama, bravery and triumph, there is plenty of room for maths! So, while you’re cheering on your favourites, don’t miss the chance to tackle these Winter Olympics maths puzzles.

The most famous ski jumper in history is not exactly famous for being good. Eddie “The Eagle” Edwards, self-funded and short-sighted, famously finished in last place in both the 70m and 90m events at Calgary, Canada in 1988, scoring fewer than half as many points as his nearest competitor. In 2016, a film of his exploits, Eddie The Eagle, was released. 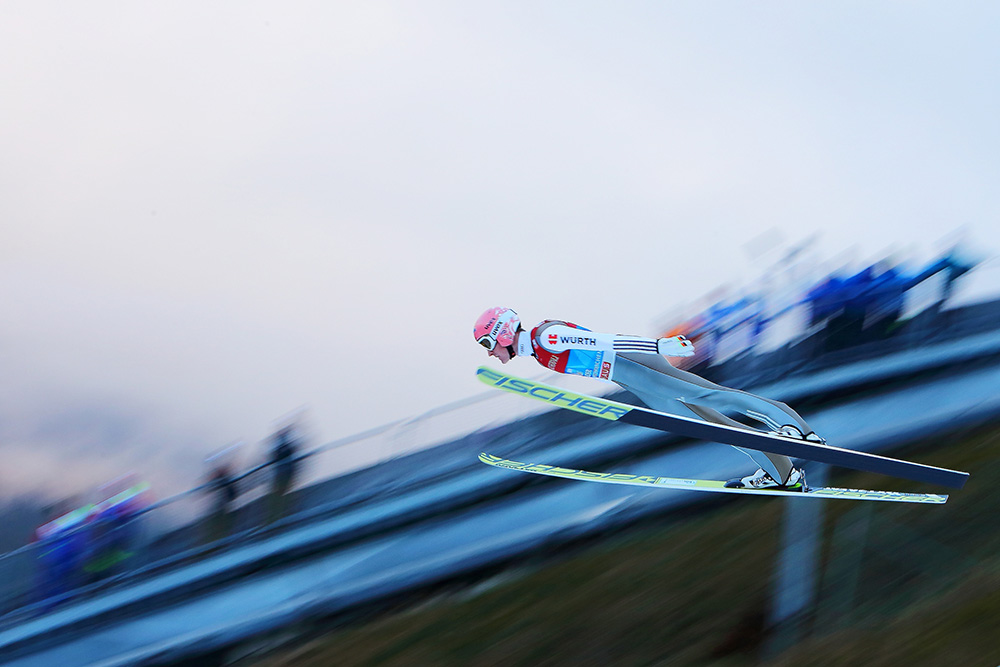 In the ski jump, competitors ski down a huge ramp, reaching speeds of up to 60mph before jumping as far down the hill as they possibly can.

Each jump is awarded points based on two factors: the distance jumped, and the jumper’s style.

Here is the recipe (we've simplified it a bit for this puzzle!):

For example, to work out the score for a ski jumper who jumped 95 metres with enough grace to pick up 40 style points, you would:

Similarly, a jumper who manages 80 metres with 25 style points would score 65 points altogether.

Bronze Medal Puzzle: Albert the Albatross (of Albania) jumps exactly 90 metres and scores a perfect 60 for style. How many points does he earn?

Silver Medal Puzzle: Kelly the Kestrel (of Kazakhstan) jumps 95 metres and scores a total of 120 points. How many style points was she awarded?

Gold Medal Puzzle: Lemmy the Lemming (of Latvia) scores a total of zero, including no style points at all. How far did he jump?

Click here for answer
To get 0 points for distance, Lemmy must have jumped exactly 60 metres. Do the calculation on a 60m jump with no style points to check this answer!

Eddie the Eagle wasn’t the only feel-good story of the 1988 Games in Calgary. Another team that did remarkably well just to compete was the Jamaican bobsled team. Jamaica’s Caribbean climate is not the most helpful for bobsledding, but the team borrowed equipment and asked for help. While the four-man bob team was unplaced after crashing in qualifying, the two-man team finished a creditable 30th out of 41. The movie Cool Runnings is – very loosely – based on their experience, and 2022 sees a return of Jamaica's bobsled team to the winter Olympics after 34 years. 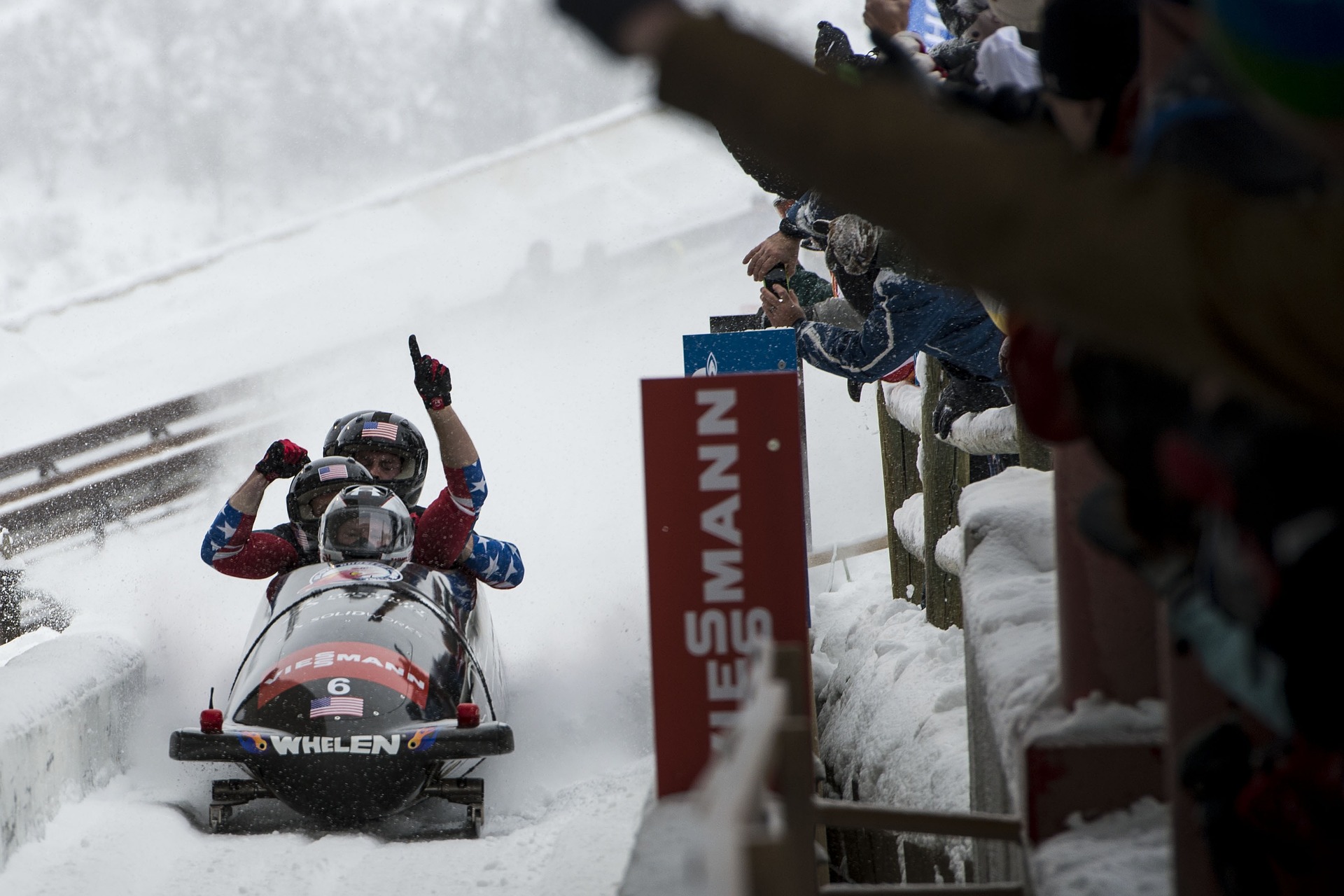 In the bobsled (or bobsleigh), teams of two or four pack into a streamlined sled and slide down a twisting, icy course with steep, banked corners as fast as they possibly can – often as fast as 75mph. It gets its name from early competitors who realised they could go faster by bobbing back and forth inside the sled!

The 2010 Winter Olympics at Whistler, Canada, took place on a track 1,450 metres long. Each team had four runs at the course, and the winners were the team with the smallest total time.

* Feel free to use a calculator for this puzzle!

The run times for the gold medal-winning team (USA) were

What was their total time, in minutes and seconds?

After their final heat, (Canada) were in second place with total time of 3 minutes, 24.85 seconds – but Germany, in third place, still had one run to go. In the first three heats, Germany had a total time of 2 minutes, 33.48 seconds. How quickly, in seconds, did the German team have to complete their final run to win at least a share of the silver medal?

USA’s second heat time of 50.86 seconds was a track record.

What was their average speed in metres per second?
Can you convert that to miles per hour? (Note: there are 1,609.344 metres in a mile.)

One of ice hockey’s most famous Olympic matches was the 1980 medal-round game between the USA and the Soviet Union, or USSR. The USSR had won the previous five ice hockey gold medals, and were hot favourites to win a sixth. The American team, on the other hand, was young and inexperienced. Despite trailing 1-0, 2-1, and 3-2 at various points in the game, the USA came back to win 4-3. The commentator famously counted down the last few seconds, saying: “Five seconds left in the game… do you believe in miracles? YES!” – and the match entered folklore as The Miracle On Ice. There are at least two movies about it! 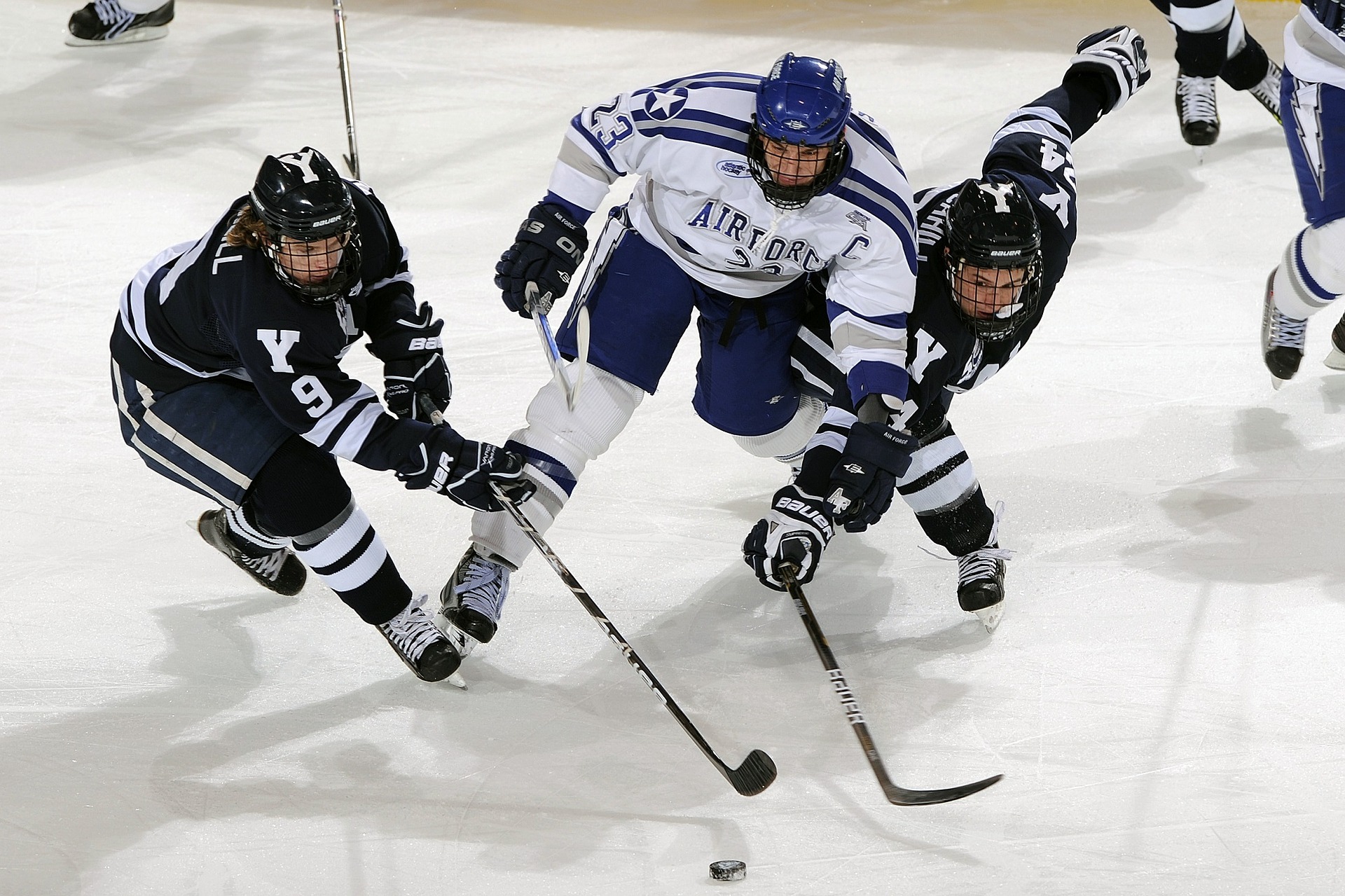 Ice hockey - the a high-speed, physical game in which skaters try to hit a small rubber puck into the other team’s goal using a curved stick. Matches consist of three 20-minute periods; if a match is tied, the teams play a fourth ‘overtime’ period, followed by a shoot-out if needed.

In the Olympics, the first round of the tournament is a group phase. The teams are split into groups of four, and the teams in each group play each other once.

The total number of goals each team scores (GF) and concedes (GA) are recorded, and the difference between them (goal difference, or GD) is used as a tie-breaker.

Bronze medal: In the 2014 Winter Olympics in Sochi, the results in group A were as follows:

Can you fill out the final group table? (Get your printable table here)

The final table in Group C looked like this:

a) What was the score in each of Switzerland’s games?

b) The Czech Republic lost 4-2 to Sweden.
What were the scores of the remaining two games?

Click here for answer
a) Switzerland must have lost 1-0 to Sweden and beaten the Czech Republic and Latvia 1-0.

Of the 10 goals Sweden scored, 4 were against the Czechs and one against Switzerland, so they must have scored 5 against Latvia.

They conceded 5, of which two were against the Czechs and none against Switzerland, so the remaining 3 belong to Latvia. SWE 5-3 LAT.

Gold medal puzzle: The final table in Group B looked like this, only some of the numbers are missing. Can you fill them in?

*Hint: do the left hand side of the table first

Click here for answer
To win eight points, Canada must have two wins and an OTW. To get no points, Norway must have lost all three matches. Austria must then have beaten Norway and lost their remaining two matches (to Finland and Canada). Canada’s OTW was therefore over Finland, making the left-hand part of the table:

The last bit is trickier: the total of the goal difference column must be zero, so Norway’s GD is -9, and they conceded 12 goals. (You can also see this by saying every goal is scored by someone and conceded by someone else – so the totals of the GF and GA columns must be the same.)

There's maths to be found in all the Winter Olympic events - enjoy it!

Why do puzzles? Working through puzzles is great for active minds of all ages. And if the whole family can get involved, all the better.  Aside from helping to develop mathematical thinking and reasoning, puzzles help to build resilience, a useful skill for all budding mathematicians.

About Komodo – Komodo is a fun and effective way to boost primary maths skills. Designed for 5 to 11 year olds to use in the home, Komodo uses a little and often approach to learning maths (15 minutes, three to five times per week) that fits into the busy family routine. Komodo helps users develop fluency and confidence in maths – without keeping them at the screen for long.